Through the installation of a left turn signal phase, motorists can now make protected left turns onto Big Rock Dr. The new signal provides predictability of movement, and reduces the incidents of collision and near misses in the intersection. In addition, all signal equipment in the intersection was replaced and upgraded to ensure optimal functioning. 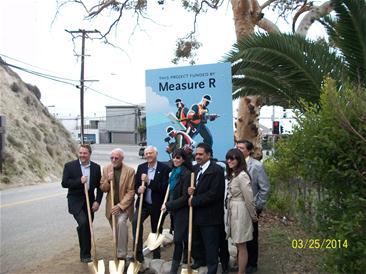 Construction on the project began in March 2014 and concluded in September 2014. On January 26, 2015, the City Council accepted the work as complete, and directed staff to record a Notice of Completion.

This project was funded, in part, by the Los Angeles County Metropolitan Transportation Authority (Metro), and all new traffic signal poles and appurtenant equipment were provided by the California Department of Transportation (Caltrans).