On January 13, 2020, the Malibu City Council adopted Resolution No. 20-02 directing the retention of a demographer and directing a schedule be brought back to take actions and schedule public hearings related to district-based elections in accordance with Elections Code section 10010(a), and declaring its intention to place a binding initiative on the ballot for the 2020 General Municipal Election as to whether to transition to district-based elections.

This is in response to a letter sent by Milton C. Grimes of the Law Offices of Milton C. Grimes, which claims the City’s at-large system of voting violates the California Voting Rights Act.

The Council is holding a series of Public Hearings to discuss draft maps that could create new voter districts for City Council elections. The City may ask voters to decide whether to change the way City Councilmembers are elected. Learn about the pros and cos and voice your opinion about the draft maps. Click on the Schedule tab to find locations, dates, and times for upcoming Public Hearings.

Click on the Draft Maps tab to view maps to be considered during Public Hearings.

Note: The City’s first priority is protecting public health and safety.  To avoid community spread of coronavirus COVID-19, City Hall is closed for the time being.  Please sign up for emergency alerts to be informed of the latest information: https://www.malibucity.org/alerts

On March 20, 2020, the Governor issued Executive Order N-34-20, which, in part, suspends the timeframes for conducting the hearings required for changing from an at-large method of election to a district-based election as set forth in Elections Code Section 10010 until such time as neither state nor local public health officials recommend or impose social distancing measures. 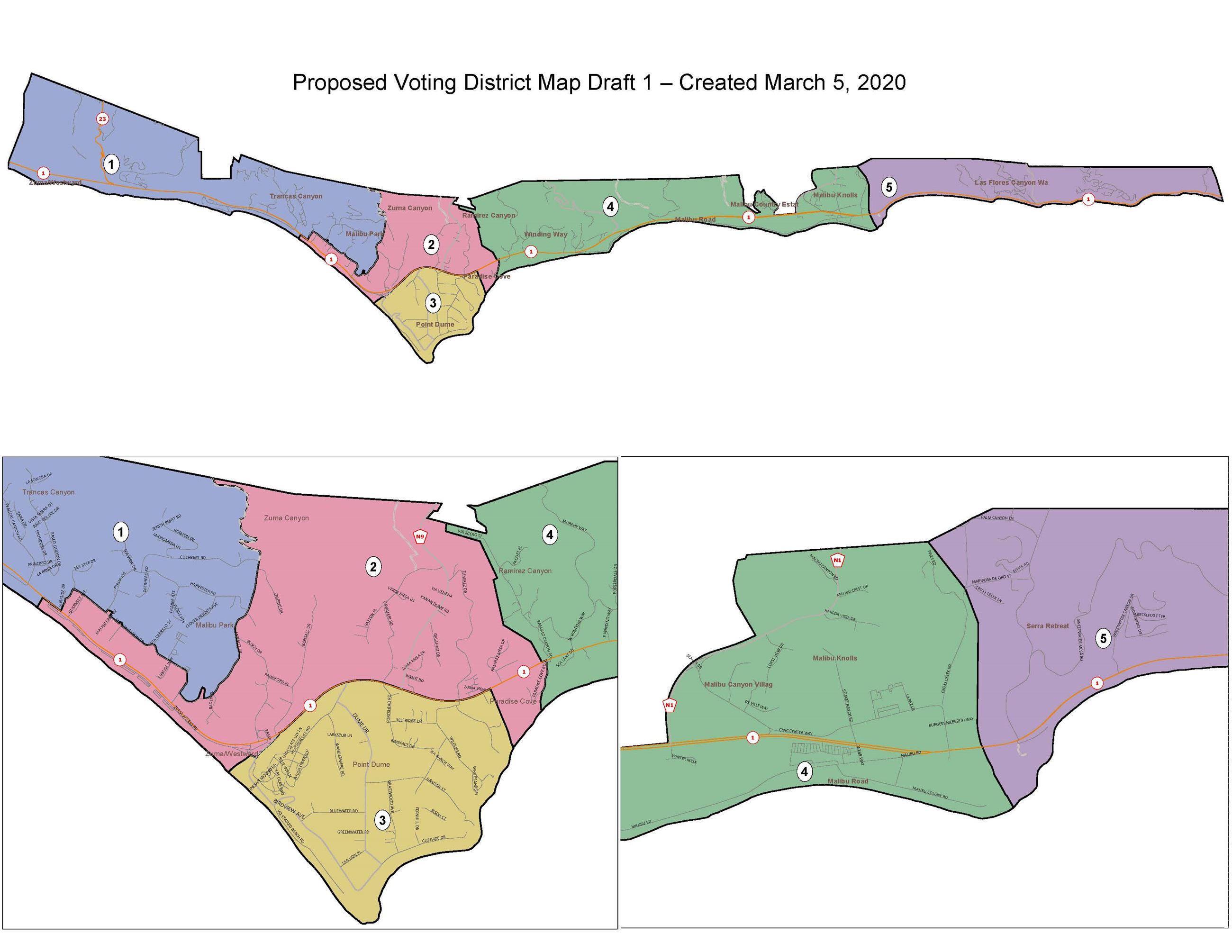