Southern California Edison (SCE) provides electricity to the City of Malibu. Power is provided through eight circuits covering various regions in Malibu. During a Public Safety Power Shutoff (PSPS), power may be shut off in one or more circuits due to high fire danger. 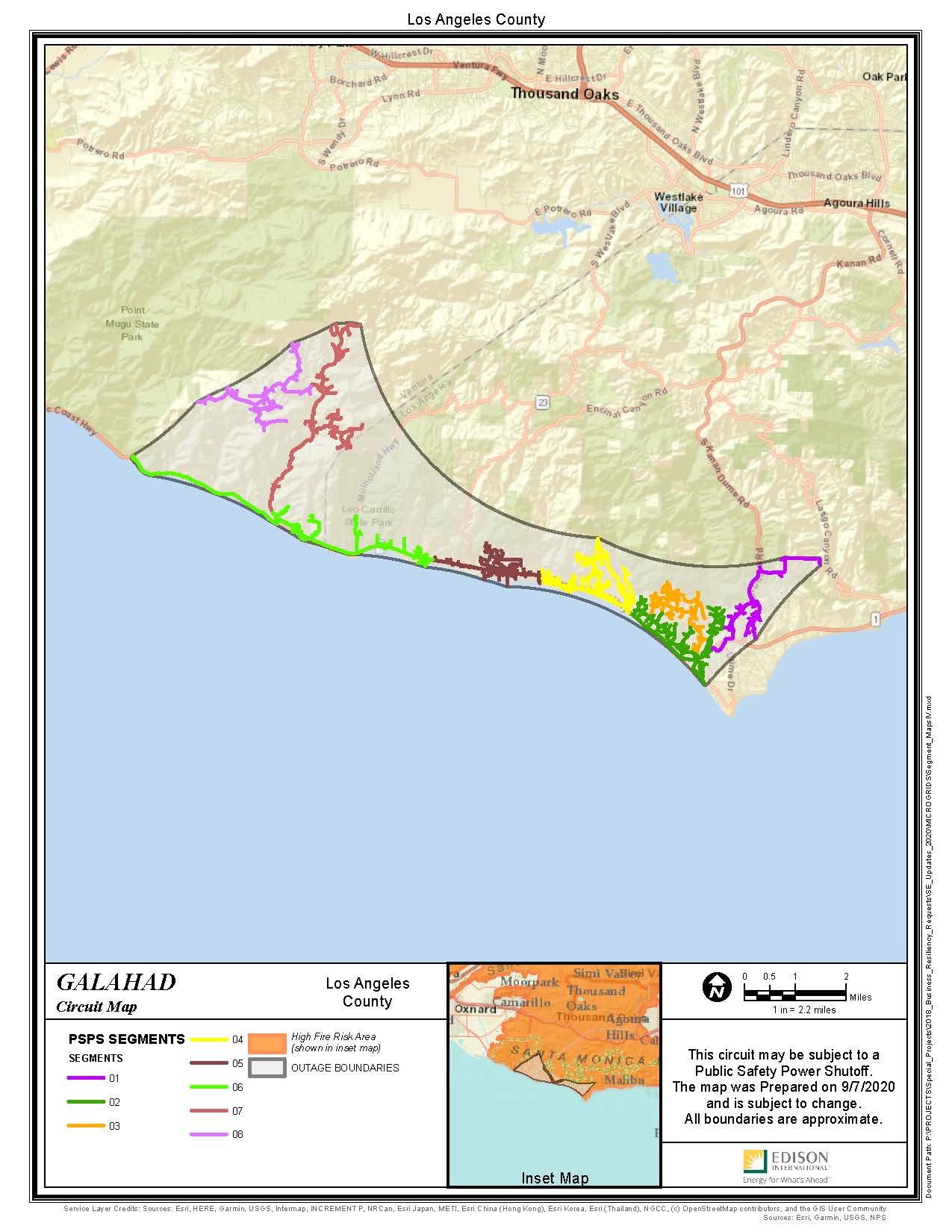 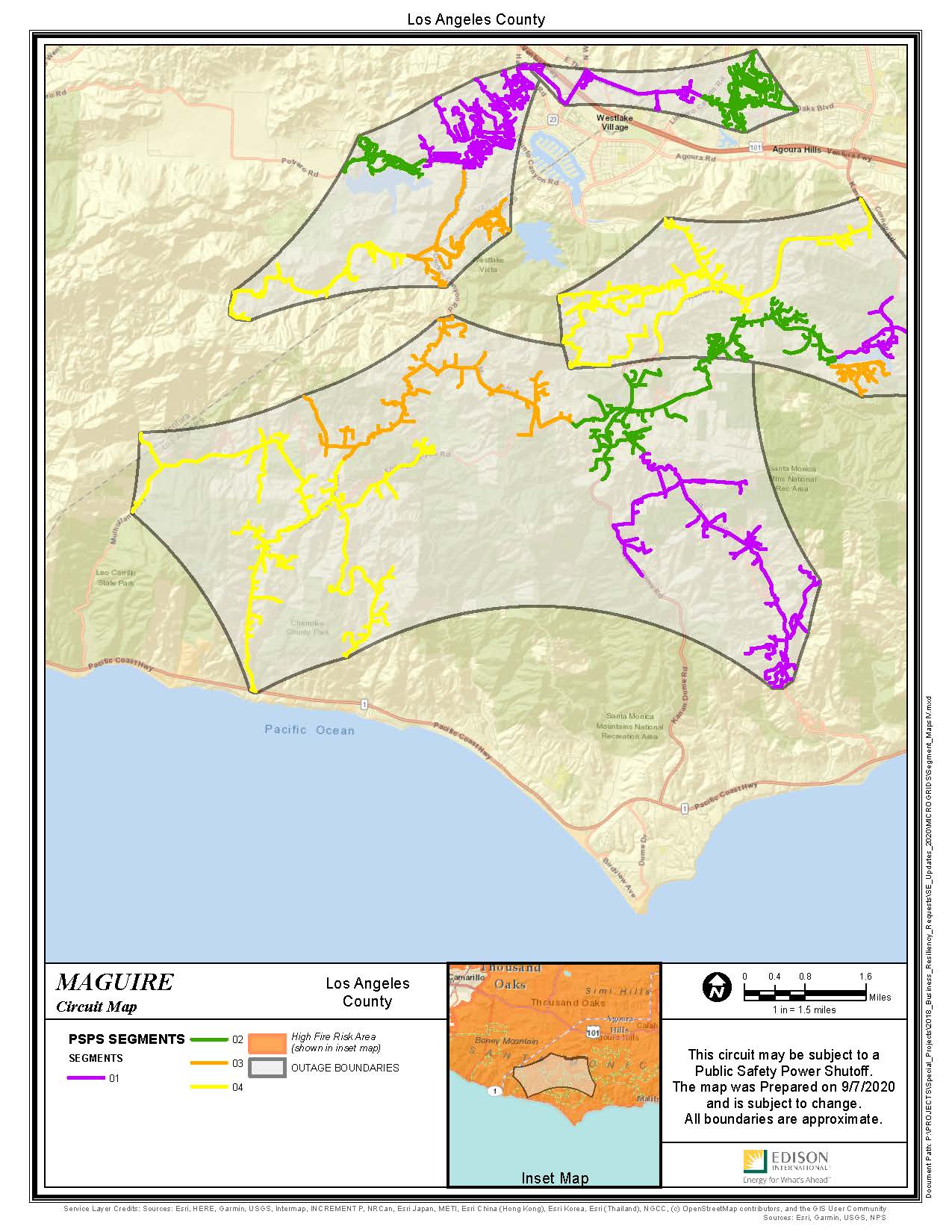 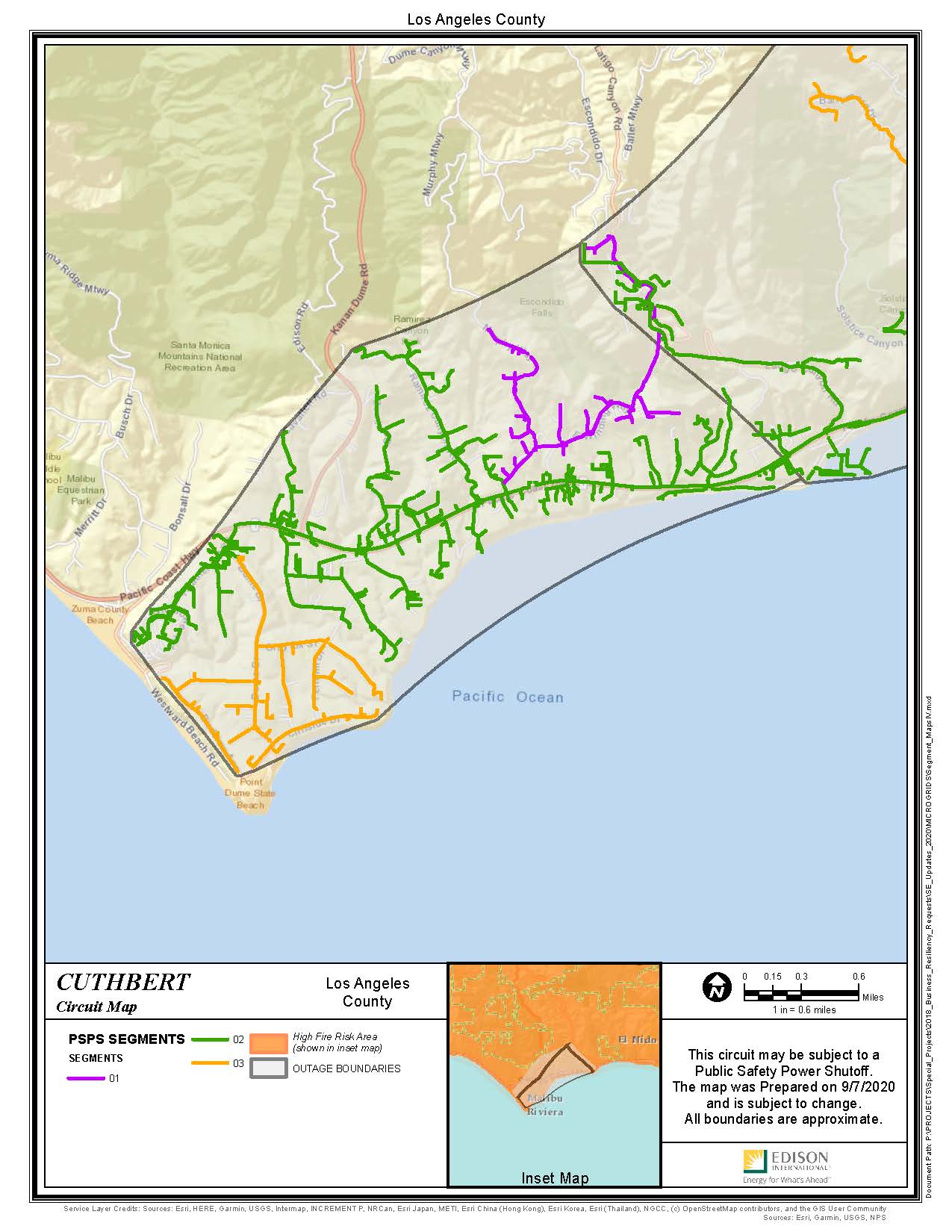 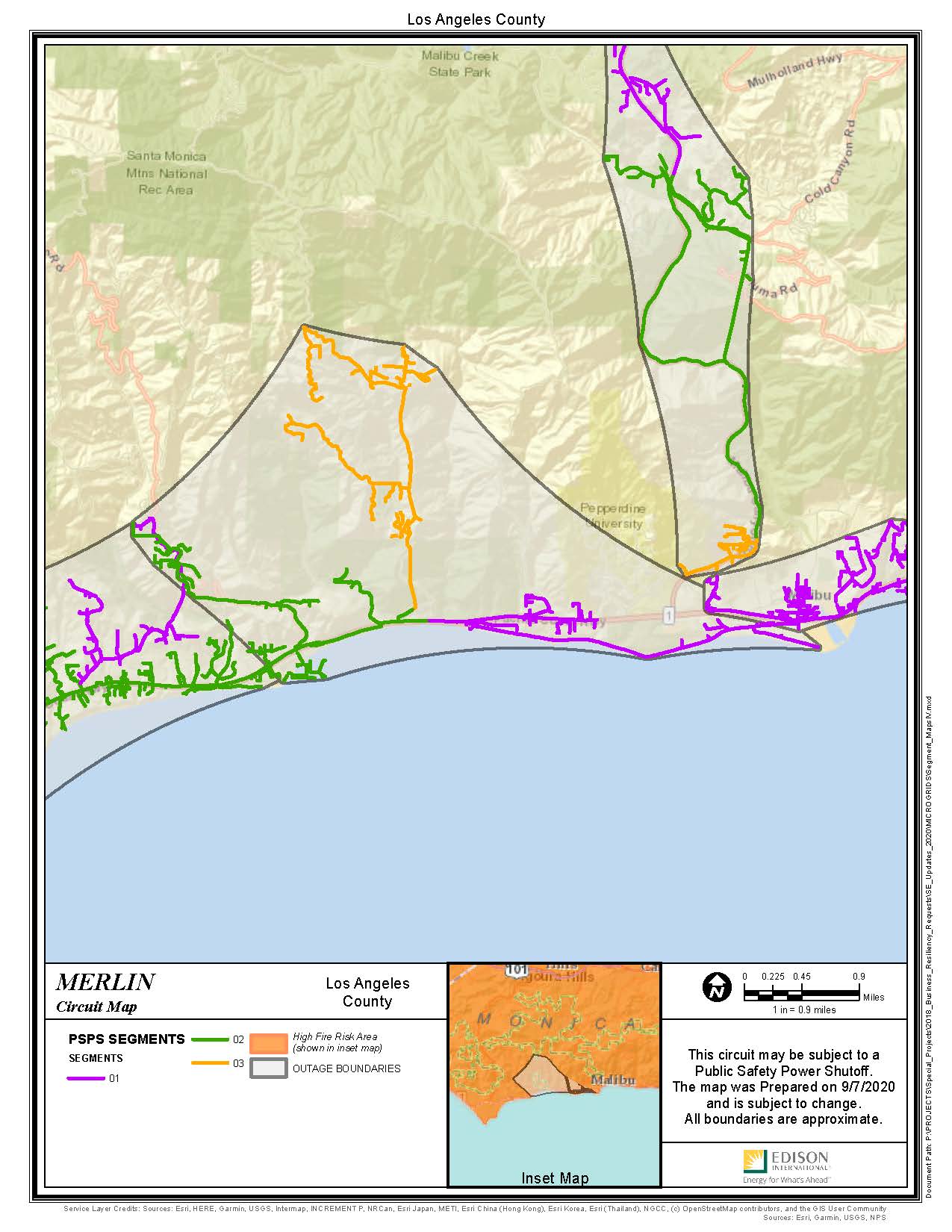 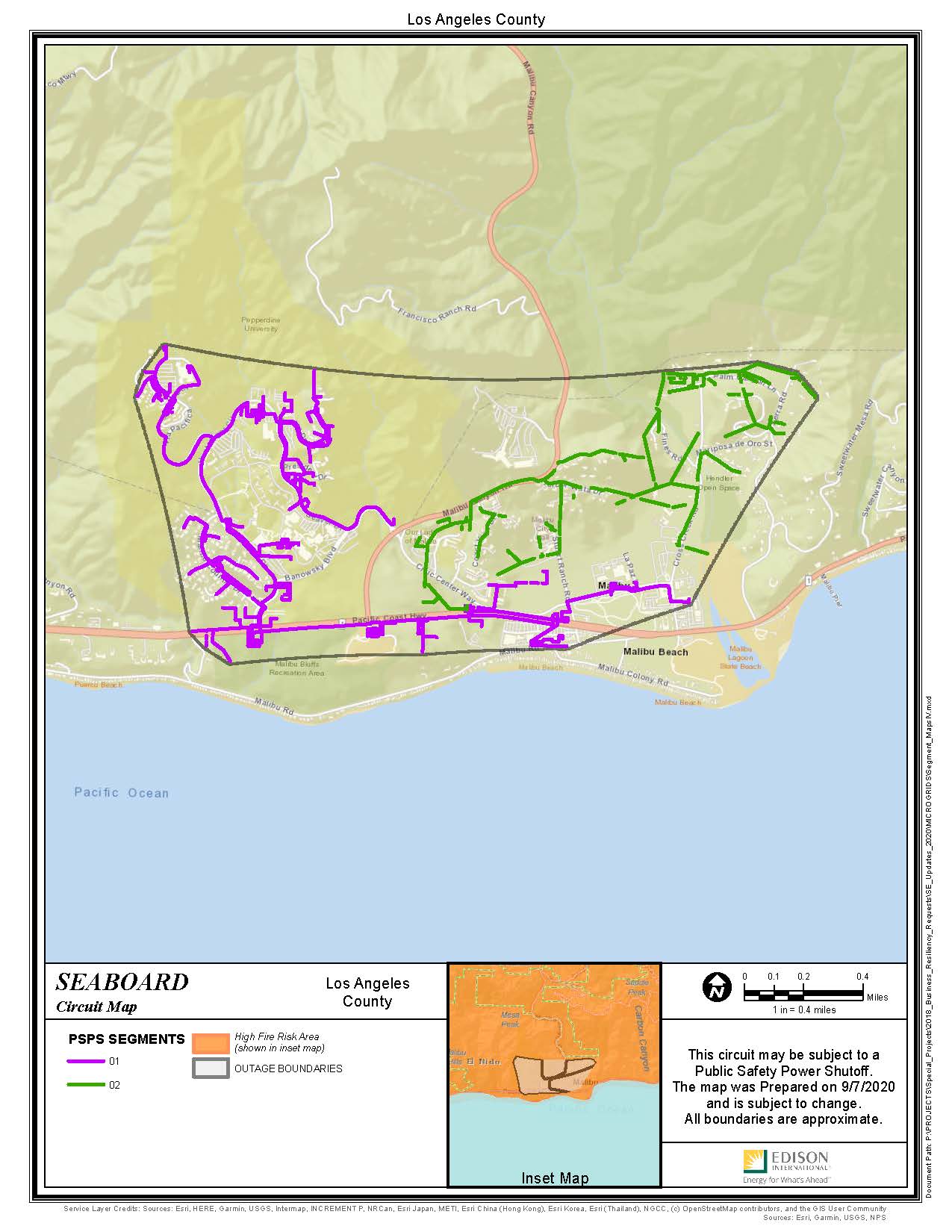 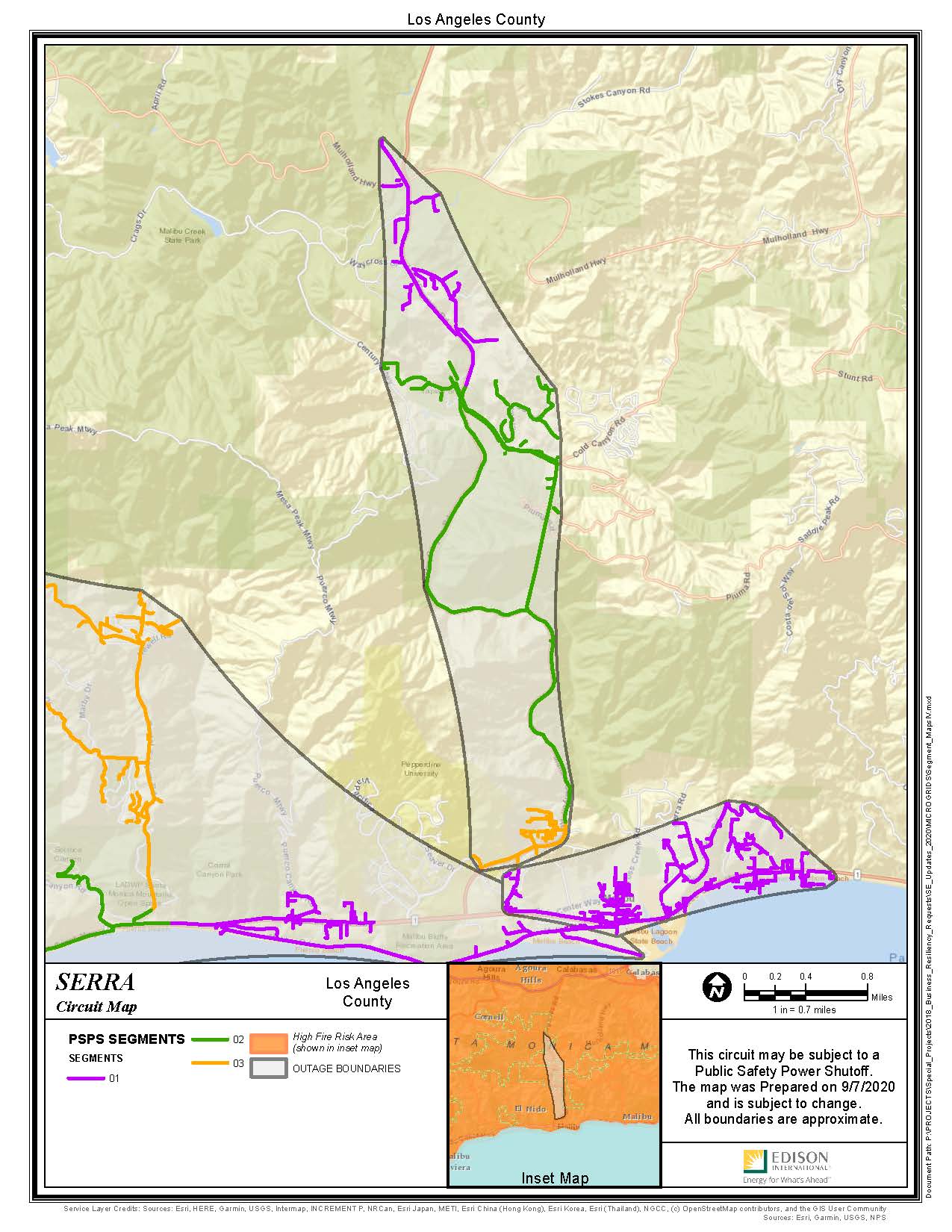 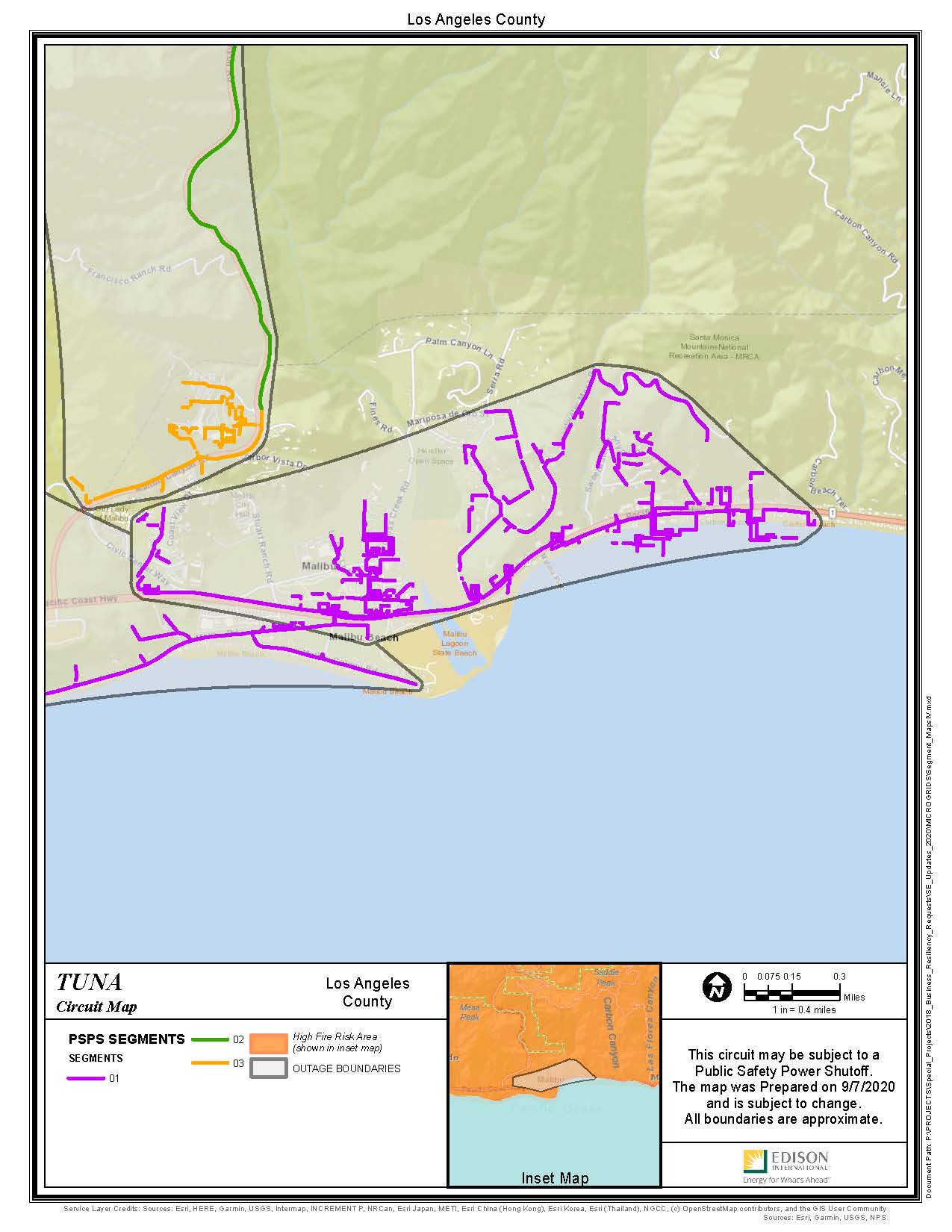 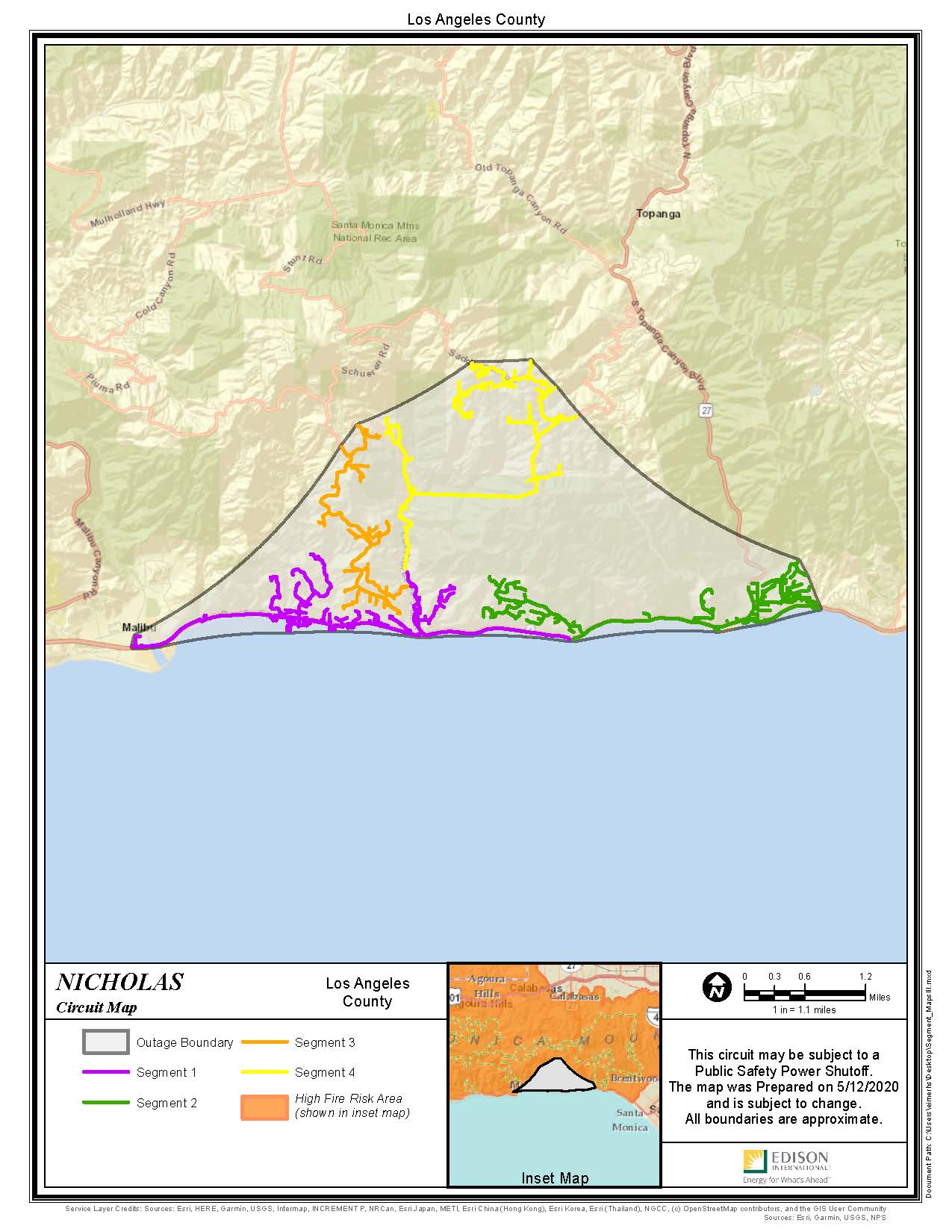