At its Regular meeting on February 25, 2002, the City Council, acting on a recommendation from the Parks and Recreation Commission, created the Jake Kuredjian Citizenship Award in honor of Los Angeles County Sheriff's Deputy Hagop "Jake" Kuredjian. Deputy Kuredjian was killed in the line of duty on August 31, 2001, while he and other law enforcement personnel were engaged in a shootout with a suspect in Stevenson Ranch. Deputy Kuredjian often worked as an Armenian interpreter for the Sheriff's Department, the Los Angeles Police Department, and the FBI. The Gold Meritorious Conduct Medal was presented to Kuredjian in 1989, for rescuing a woman from a cliff while stationed in Malibu. 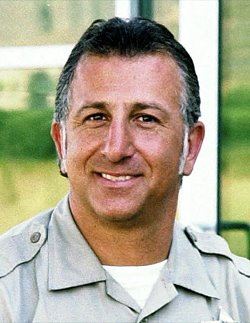 The Jake Kuredjian Citizenship Award is presented annually to recognize those outstanding individual or group who give their time and resources to enhance the quality of recreation programs within the Malibu community. Past recipients of this award have demonstrated a commitment and involvement in addressing some aspect of recreation in Malibu, and in doing so demonstrated the highest level of citizenship, making a lasting contribution to the community.

The City Council selected Richard Lawson and Judy Villablanca as the 2022 recipients of the Jake Kuredjian Citizenship award on November 14, 2022. Richard Lawson has been a teacher at Malibu High School since 1996 and continues to focus on positive outcomes of mental and physical health. Judy Villablanca served on the Malibu Parks and Recreation Commission for over five years. She was instrumental in developing several recreation programs and projects, including the Temporary and Permanent Skate Parks. The award recipients will be recognized at the November 28, 2022 City Council meeting.