Many projects conducted in and around Malibu by agencies other than the City of Malibu can affect commute time through the construction areas and may cause additional traffic on alternate routes. Motorists should take extra caution when passing through the work zones. 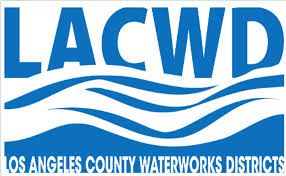 Los Angeles County Waterworks - District 29 will begin construction on the Trancas Creek Crossing Temporary Waterline Project (Phase One) on PCH, between Guernsey Ave and Trancas Cyn Rd, installing 800 feet of temporary bypass waterline in the Caltrans right-of-way. Construction will begin in November 2020 with completion anticipated by December 2020. There will no disruption to water service for Malibu residents.

The contractor will work seven days a week between 7:00 AM to 4:00 PM. If the contractor requires lane closures, the No. 2 lane and shoulder heading northbound on PCH, from Guernsey Ave to the northern limits of the Trancas Creek Bridge (near the first driveway to the shopping center just north of the bridge), will be closed. This is necessary to tie in the temporary waterline at the two interconnections north and south of the bridge and remove the existing waterline off the inland side of the Trancas Creek bridge.

Caltrans is proposing to replace the existing 96-year old, 85-foot wide, 90-foot long concrete bridge, which was constructed in 1927 to span Trancas Creek on PCH in Malibu, with a new concrete bridge, which will be 105 feet wide by 240 feet long. The new bridge will provide two 12-foot traffic lanes, bike lanes, separate pedestrian lanes and 10-foot shoulders in each direction. The northbound and southbound traffic will be separated by a six-foot striped median. The project is estimated to cost approximately $12.5 million. Construction is expected to begin in February 2021 and be completed in March 2023. The project requires a Coastal Development Permit to be issued by the City, as well as adoption of the CEQA document.

Along with this Caltrans project, the City will be constructing a new, dedicated right turn lane on westbound PCH at Trancas Canyon Road. The proposed right turn lane will be approximately 430 feet long and will accommodate right turns onto Trancas Canyon Road, as well as traffic entering into the Trancas Market shopping center. The project will be funded by Measure R Highway Operational Improvements funds.

In September 2020, the Planning Commission approved the Coastal Development Permit for the project, as well as the CEQA environmental document.